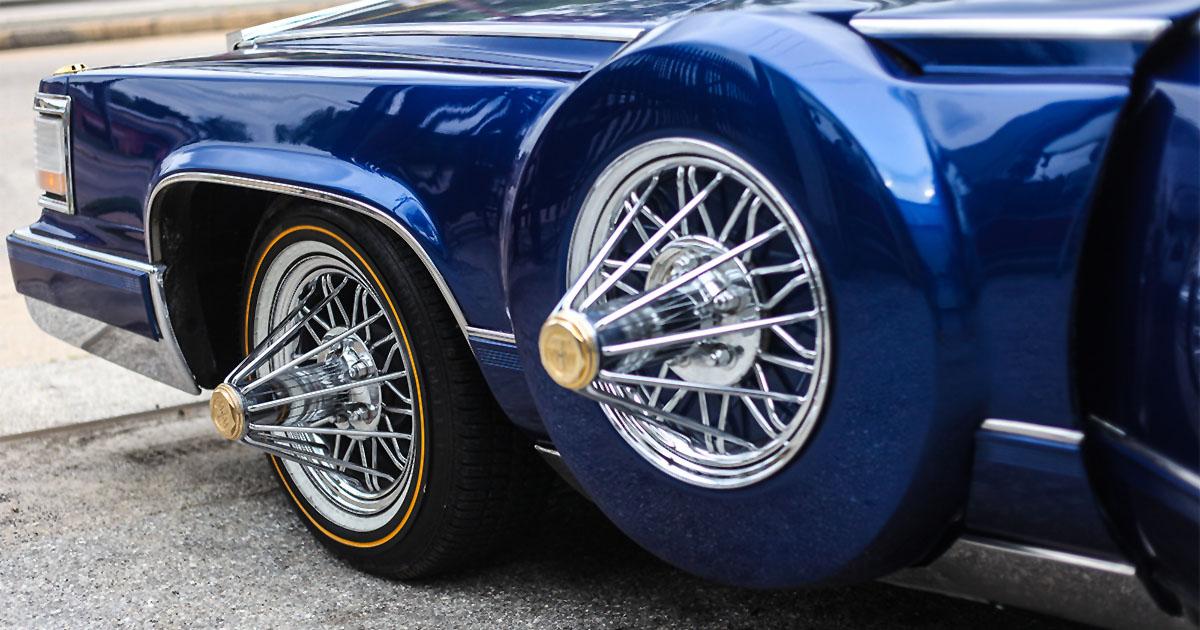 In many neighborhoods across America, car wire rims are a status symbol. For example, in Houston and Louisiana, Swangas are a hot commodity. They are highly sought after, attention-grabbing and envied by other car owners. Nowadays though, Texan Wire Wheels Elbow® wire wheels are seen on cars from the East Coast to the West Coast and everywhere in between.

The “83s®” and “84s®” wire wheels are seen in a multitude of music videos on Slabs owned by such artists as Snoop Lion, Paul Wall, Slim Thug and Trae Tha Truth, to name a few well-known music artists. Check out our Houston Slab Culture article to learn more about “slab cars”.

Like every hobbyist who creates something different from what the factory generated, so is true of the “slab rider”. Starting from changing the steering wheel to replacing the factory rims with a custom set of “83s®” or “84s®” Swangas®, Houston Slab scene believes the factory’s work needs improvement.

Swangas make cars and even trucks very eye-catching. Factory rims don’t really have “poke”, at least not in the sense of Texan Wire Wheels Super Poke® wheels or even more poke such as the “Extreme Poke®” 30 Spoke. You can “Poke Your Way” with any style of Texan “elbow” wire wheel. An elbow wheel spoke is akin to the elbow of the human body, except it’s on “swangas” – the spoke is curved at the hub of the rim.

While Swangas are on cars and trucks all across the world, no doubt, Houston is the most favorable place to see a splendid collection of tricked-out cars with candy paint, fifth wheels jeweled atop the trucks, and aftermarket “spoke wire wheels”. And as they say in “H-town”, If You Ain’t Pokin’ You Must Be Jokin’™.