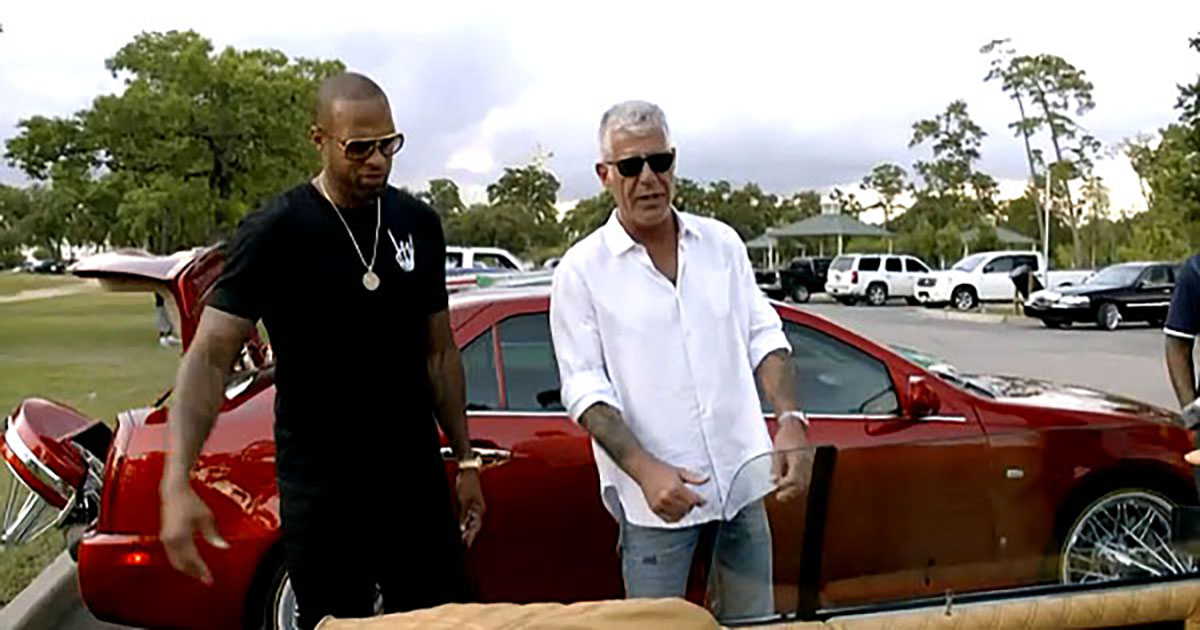 While the grub was no doubt scrumptiously flavored with deliciousness, it was clear that the main topic of conversation for the auspicious pair was slab culture.

A prerequisite for a vehicle to hold such a title is it must have the audacious 30 Spoke Elbow Wire Wheels; manufactured by Houston’s own Texan Wire Wheels.

Sources say Bourdain was quite interested in talking about Houston’s culture, particularly its cars with the 30 spoke wire wheels, music and Houston’s Southern hospitality.

“He wanted to get deeper enriched with the culture”, Cory Crawford, the current co-owner of Burns, told the Chronicle.

“Slabs are a big part out of our culture”, Slim Thug said to Bourdain. “Everything is so spaced out here in Houston, so you have to have a car to get around, and you want to be comfortable. You want to look nice. Transportation means everything, so why not ride in something that’s a part of Houston culture?”